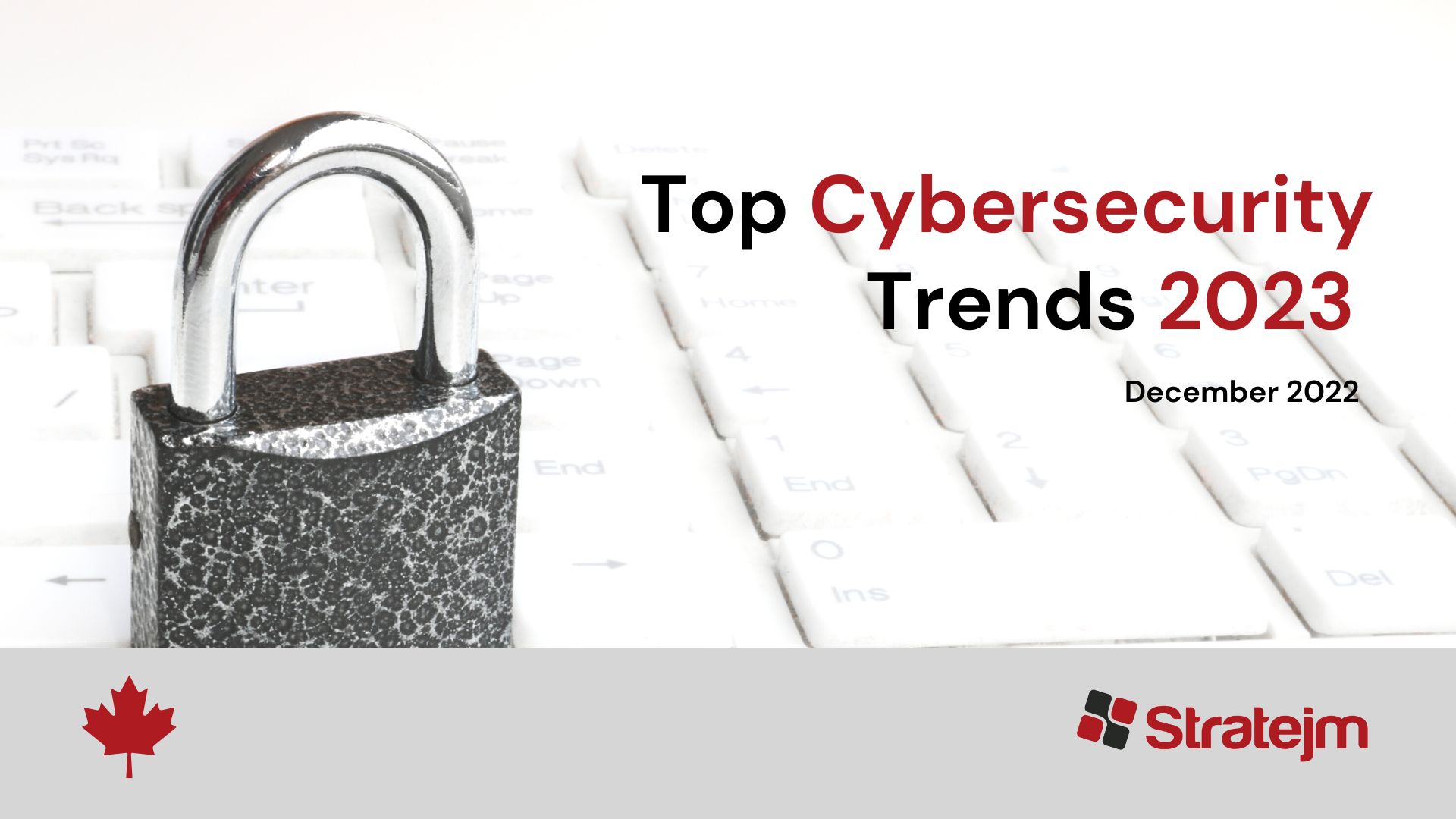 In recent years, we have seen cyber security explode in relevance, going from a topic for the techies to a boardroom mainstay. This can largely be attributed to our greater macro-economic environment – as digital transformation has only continued to accelerate, cyber attacks have continued to proliferate.

It is no surprise, then that security leaders are now being called on more than ever to protect their organizations from data breaches. It is no secret that the threat landscape is changing rapidly and the pressure is on for new security measures that address these new challenges.

With this in mind, here are some of the top cyber security trends to keep an eye on for the year ahead:

If you’ve seen a modern vehicle lately, then you also understand that they are more packed with technology features than ever. Every new vehicle is packed with sensors, camera technology and internet connectivity that can be leveraged to breach defenses and steal valuable data.

Recently, we have seen criminals gain access to vehicles using technologies like NFC, and there have been recorded cases of cybercriminals eavesdropping on victims through microphones in cars.

With the rise of autonomous driving technology, the need for cybersecurity mechanisms for automobiles is only growing.

The term “Internet of Things” refers to the billions of internet-connected devices now being used to collect and share data via the internet.

While hugely beneficial for our everyday lives and critical infrastructure, the introduction of these internet-connected device has created a huge attack surface for cyber attackers to take advantage of.

This introduction is happening so quickly that cybersecurity companies are simply unable to keep up – IDC predicts that nearly 41 billion IoT devices will be in use by 2025. As of now, only 7% of companies and organizations have a clearly defined IoT security plan (According to a survey done by Network World).

Continued Use of Artificial Intelligence

As the sheer number of cybersecurity attacks has grown, it has become impossible for cybersecurity professionals to process log data manually. This is where artificial intelligence (AI) has come into play.

Security teams are using machine learning algorithms that can examine the vast amount of data far more effectively than a human ever could. IBM estimates that companies using AI and ML to detect and respond to breaches save on average $3 million from those that don’t.

On the flip side, advances in computer science have allowed cyber criminals to access AI and ML tools as well. There are now new tools enabled by AI and ML that systematically search for weaknesses in security systems and automatically attack the weakest link.

Additionally, some AI tools have been used to create personalized phishing attacks across entire organizations, and have even been used to fake the voices and video of executives within companies to trick employees into giving up sensitive information!

For these reasons, the use of AI and ML in cybersecurity is often referred to as an arms race. Both attacks and defenders are busy honing new concepts in technologies to ensure that they have the edge.

Multi factor authentication is an electronic form of identity verification that requires a user provide more than one piece of evidence to verify their identity. This has proven to be a largely effective security solution and is generally considered to be very secure by most companies.

In recent months, however, we have seen companies recommend against using SMS and Voice methods of authentication due to the increased security risks associated. Security experts are increasingly recommending hardware security tokens to keep your credentials secure.

The rise of Targeted Ransomware Attacks

We have seen ransomware attacks make headlines throughout the past few years, and we should expect to continue to see the issue take hold as remote work becomes the norm.

In fact, a recent study by cybercrime magazine states that a ransomware attack took place every 11 seconds in 2021.

Expect ransomware attacks to continue to increase throughout 2023.

Nation-states taking part in cyber espionage campaigns against competing governments is nothing new. What is new, however is that criminals are increasingly willing to target NGO and private companies.

Since the 2017 WannaCry attacks, largely believed to have been perpetrated by attackers with ties to the North Korean government – There have been hundreds of thousands of attacks on servers that can be traced back to foreign governments.

Social engineering is a term used to describe a wide variety of malicious human interactions. In the case of cybersecurity, it typically involves tricking a victim into thinking you are a trusted authority figure, and then getting them to provide valuable data or sensitive information.

Social engineering attacks are often the most dangerous because they rely on human error rather than exploiting some flaw in a cybersecurity network.

As our society continues to move towards remote work and digital transformation, protecting your digital assets and critical infrastructure is more important than ever. Partnering with a trusted Managed Security Services provider like Stratejm is a great way to make sure you have effective cybersecurity controls in place.

Contact us today to find out how we can help.